The Great British Taxi Board Game

Great Britain is the 9th largest island in the world. It comprises the nations of England, Scotland and Wales. From history, to famous people and from battles to pop music this edition allows you to test your comprehensive knowledge on all things GB. The game contains 400 questions on Great Britain. 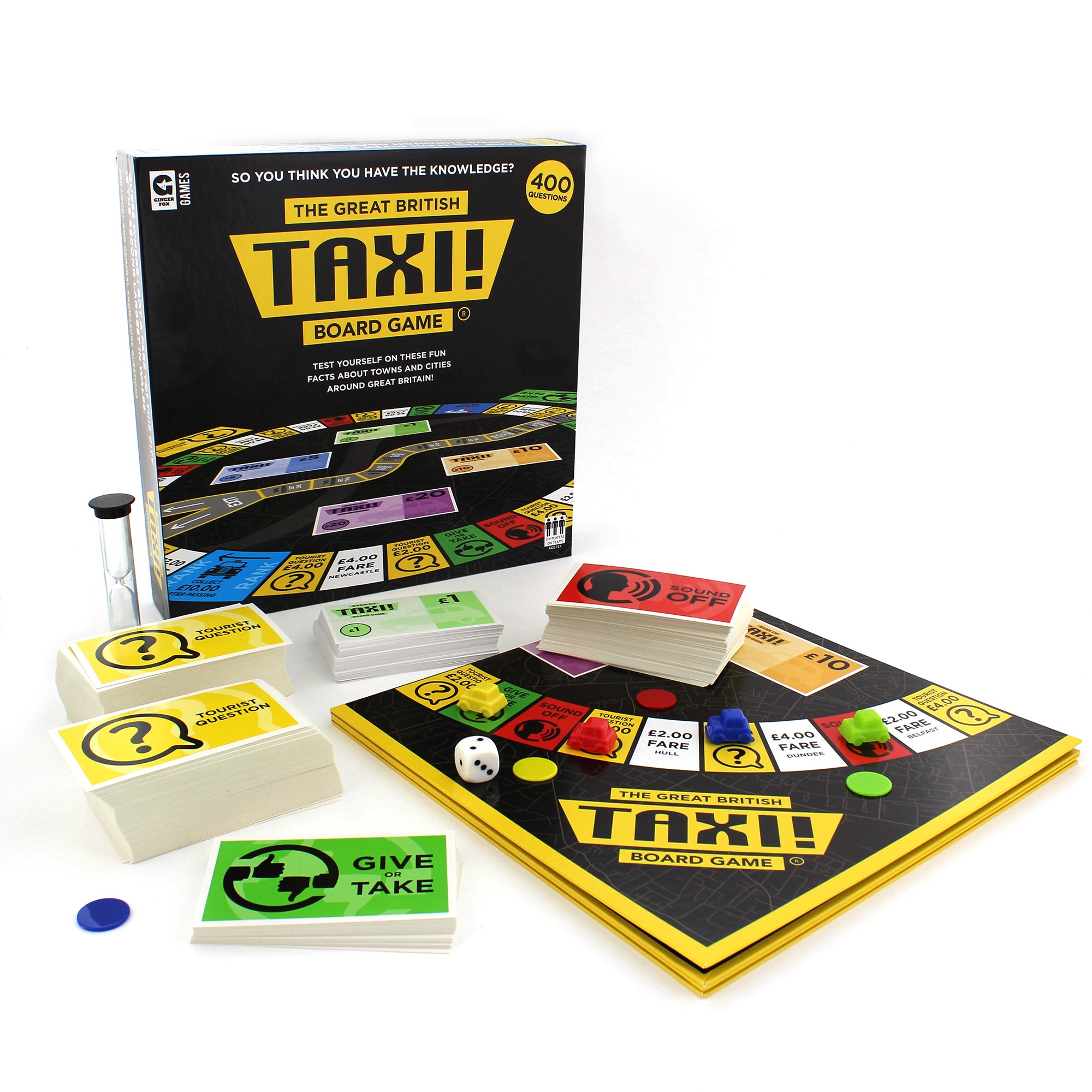 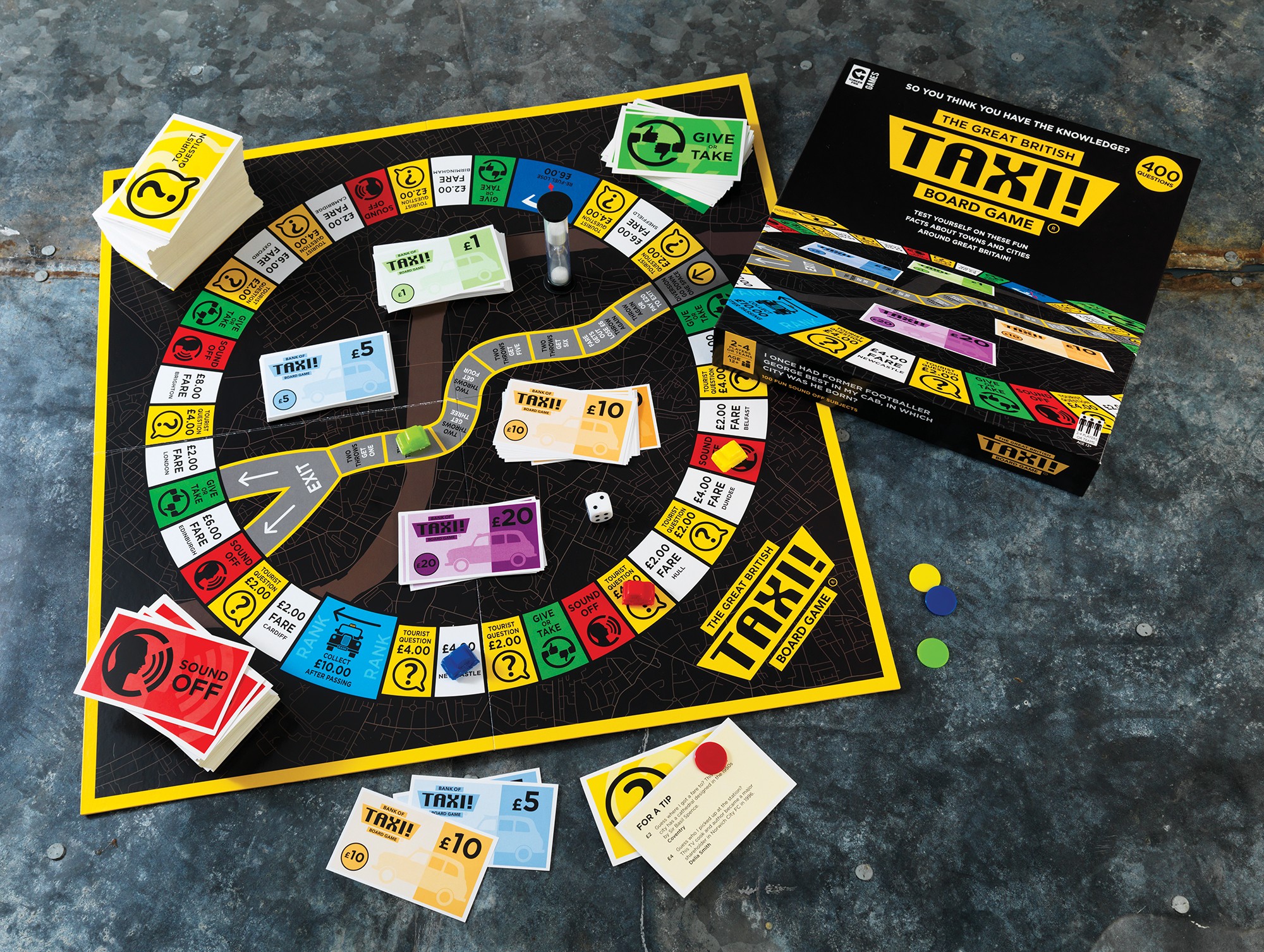 The Great British Taxi Board Game

A board game full of fun and knowledge for all the family. Contains 400 history and general knowledge questions about Great Britain, combining skill and luck in this popular trivia game.

Plus 100 opportunities for you to Sound Off like a cabbie on a wide variety of topics, the more key words or phrases you match the more you earn.

And then there is Give or Take – you decide whether you keep the card or pass it to another player. It could bring wealth or problems.

The Great Britain Taxi! Board game is a new game full of fun and knowledge for all the family (12 years +).

Created by a football loving black cab driver, the original editions of ‘The Taxi Board Game’ were first piloted in Edinburgh and Glasgow, outselling Monopoly and Trivial Pursuit in major stores throughout Scotland. With new features and a redesigned board, the Great Britain edition was launched in October 2018.

Taxi Board Game contains 400 history and general knowledge questions about Great Britain, and just like driving a taxi, the better your knowledge, the better the tips, the more you earn. When your fare ends, answer a question on Great Britain to gain a tip.

Taxi drivers have an opinion on every subject, land on one of the ‘Sound-Off’ squares and it’s your turn to sound-off like a cabbie. The ‘Sound-Off’ cards contain a hundred varied topics. On being told the ‘Sound-Off subject’, you have 30 seconds to mention as many of the six key words printed on the card. Every key word you mention increases your takings.

Driving a shift in a taxi is a combination of luck and knowledge, turn left you may get a £5 fare, turn right and you could get a £40 tour. This is reflected in the ‘Taxi Board Game’ by the ‘Give or Take’ squares. Keep the card for yourself or pass it to a fellow player. Is your luck in? The winner is the player who has earned the most money at the end of the agreed shift time, e.g. 1 hour or 90 minutes.

Samples of the 400 Questions

Got what it takes?

Buy the game now from our online store.


If you want to delete any cookies, please refer to the instructions for the operating system of your device to locate the file or directory that stores cookies.